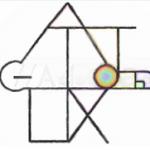 fstatusquo
May 2015 edited May 2015 in Community
I'm very confused here.
What are all the numbers on the RFID chips, what do the chips themselves do, etc.?
What the heck is a bottlenose?
Does no one here practice?
I can feel electro-magnetic currents without needing a magnet in my hand. If I obtain one, will it make my current abilities better? Being around powerful electronics causes physical pain in me after a short while. Will a magnet increase this, or decrease it? (I am overly sensitive to electricity as it is, my phone causes my leg to burn in my pocket even.)
I'm not sure if anyone realizes this, but you all make it really sound really appealing to start filling my body with foreign materials.
You guys do understand this is the prophecy crap the crazies have been warning us about all these years? When average, sane people starting implanting themselves for all sorts of various, jacked up reasons? As screwy as this whole thing is, your fancy site and high-talk speak volumes, and slightly discourage my faith in humanity. Nonetheless, I am intrigued.
Tagged:
«12»