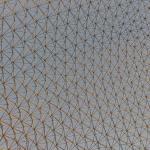 July 2016 edited July 2016 in Coatings, transdermals, other implants
As part of an international team-up, I’ve been working with @cassox at the lab for a couple months now on various things and we’ve managed to implant some experimental body armo(u)r.   Long story short, we tried a bunch of stuff that failed and then settled on the relatively simple solution of combining d3o with PharMed BPT thermoplastic biocompatible tubing, and then implanted it in my arm.  We have some other coatings that we're also currently testing.

The d3o (which @glims pointed us to - thanks!) is a foam that behaves according to non-newtonian principles, in that it is soft/bendy until you apply quick pressure, at which point it becomes pretty hard.  It’s used in sports equipment, phone cases, and motorcycle jackets, and is readily available for a reasonable price.  If you are bored and have passed grade three craft class, you can get an idea of how it works for yourself by 1. saturating water with household cornstarch 2. putting it in a ziplock bag  3. reinforcing/attaching that ziplock bag with duct tape to your fist  4. going around punching bricks, chairs, corners of toolboxes, etc.  In fact, that was phase one of our experiment.  You need a lot less d3o to comfortably punch corners, and it’s far lighter/cleaner to begin with.

PharMed BPT thermoplastic tubing is also somewhat affordable, available from Amazon (among others) in many sizes, can be autoclaved repeatedly, and meets ISO 10993 standards for biocompatibility.  It’s a stretchy rubber.  And it’s heat weldable.

After making a few dozen prototypes, the final design sustained a substantial bashing with a rubber mallet over 75 times before it even began to split.  Seems strong enough for a v.01.  It’s about the size of my pinkie finger.  So in it went.

Because of where it’s implanted I couldn’t actually see the procedure so you’ll have to ask @cassox how that went, but it took about 10 minutes.  It’s been a few days, with no pain or swelling or any problems at all.  I’ve accidentally hit it on a few things and it seems really sturdy, though I haven’t smashed it yet.  In the next couple days we’re going to take it out and see how it looks, and if it’s fine we’ll replace it immediately with another one.

We’ll have to wait for it to heal before I can start properly karate chopping evil-doers (plus my cape hasn’t arrived yet), but the early results of duct-taping it to our hands worked pretty well.  Remember, this is just version .01.  Obviously, the current placement and size/shape was chosen for easy implanting/removing/some karate chopping, but if the coating works out, we’re going to start working on other shapes/configurations, and possibly add a titanium mesh to the inside for knife/slash defense.   Your skin would still get cut, though your important parts would be okay.  It’s not bulletproof, but (as we learned from Dumb and Dumber) they can always shoot you in the face, so you have to be willing to take that chance anyway.

Even if the armour thing turns out to not work for such a purpose (I’d give it 50/50 odds), I think the coating itself is actually where the potential lies.  Put a watch in it.  Put antenae in it.  Put it around wiring that connects two other implants.  Put a flat RFID in it.  Maybe put a flexible PCB in it?  Smuggle your narcs across the  — no no not that one.  Even just as a body mod, you can finally make your own semi-permanent bagel head (google it).  With some practice, you can heat it up and shape it pretty easily with a household iron.  (note: soldering irons are usually too hot and will scorch it, making it brittle.  Might work with a temperature controlled one on a low setting… but I forgot mine at home).

I’ll keep you posted on the healing, and you can come check it out at defcon if you want.  I think we’ll leave it in about a month, unless something comes up.  Once we have more data there'll be a more detailed posting here and/or the auglim site.

So what ways can this be improved?  Ideas for other applications for the tubing?