Sexuality In A Post-Human Society 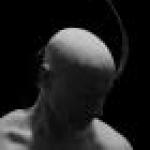 MVB
March 2016 edited March 2016 in Everything else
What is the future of sexuality in a post-human society?
Does gender have a future in a genetically enhanced or technologically augmented future? Or can we look forward to a future of gender fluid sexual hedonism?
Tagged: