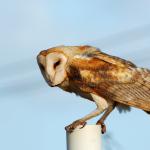 June 2015 edited June 2015 in Supplements, pharmaceuticals, and nootropics
Have any of you tried playing with this idea?
http://www.the-scientist.com/?articles.view/articleNo/41961/title/Seeing-Red/
I don't understand biochemistry all that well, but this seems interesting at least.
Tagged:
«12»