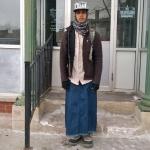 vivaleis
February 2015 edited February 2015 in Everything else
Surgically Implanted Improvised Explosive Devices, also called SIIEDs or Body Cavity Bombs, are improvised explosive devices that are surgically implanted. (Wikipedia) I guess it goes under blackhat biohacking, since its purpose is illegal.

Little is known about this form of bomb making, outside the intelligence community. The most popular maker of these bombs is Ibrahim Hassan Tali al-Asiri, the primary bomb maker of al-Qaeda in the Arabian Peninsula. (Office of the Spokesman)

He's managed doctors and trained others to surgically implant explosives. His most notorious volunteer was his brother, Abdullah Hassan al-Asiri. (Klaidman) In August 2009, Abdullah attempted to assassinate Prince Mohammed bin Nayef under the guise of reforming from terrorism and helping others do the same. Abdullah's body absorbed most of the blast and Prince Mohammed, the head of Saudi intelligence survived with minor injuries. (Klaidman) Since that near brush with death, Prince Mohammed increased his counter-terrorism efforts and procured a 15-20 document detailing surgical procedures for implanted explosives with help with UK and US intelligence. (Klaidman) This document details animal experiments for SIIEDs and plans to surgically implant explosives into females to make it appear as if they were pregnant. (Klaidman)

There are other articles on this. I just referenced Newsweek, because the author shared significant information already.

It's pretty wild that people with such sparse resources are designing sophisticated devices and methods to implant them. Almost motivates me to go harder and biohack better.

Why is this important? Well, it involves implants. It probably goes under blackhat biohacking.

What are its threats to national security? Well, it's hard to detect implants with the naked eye. I don't know if airport scanners are X-rays or not. If so, I would assume they can pick this up. Articles on this suggest otherwise.

Why am I interested? I served as a US soldier in Afghanistan for 2 years. My occupations were personnel and personal security. Personal security is always on my mind. In fact, I was drawn to biohacking by the desire to design implant(s) that could help me sense my blind spot(s). Namely, whatever happens to be behind me.