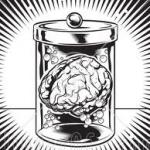 Oak
February 2011 edited February 2011 in Genetic and biology based mods
An article came out in the New York Times yesterday about some current research into a specific gene and its effects on extending lifespan. While the article isn't nearly scientific enough to be useful, I figure that it is a great place to start discussion on the subject. It contains a lot of information that could easily lead to some scientific publications that would be of far greater use for an intrepid researcher.
The article in question. http://www.nytimes.com/2011/02/17/science/17longevity.html
If the information in this article is accurate and its importance isn't overstated, it seems to me that gene modding to the end of reducing IGF-1 production would produce exceptional results. Additionally, the article mentions a drug that has a similar effect, meaning that there may be other ways to achieve very similar results.
Even aside from this specific article and its subject matter, there must be other ways to possibly extend one's lifespan. I've heard things about resveratrol (a substance found in red wine), but I haven't done any extensive research to know much more about it. I personally can't think of a way to implant physical objects that could extend one's lifespan at our current level of technology, but I'm by no means an expert on the subject.
Tagged:
«12»