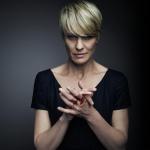 bciuser
December 2015 edited December 2015 in Everything else
So recently (March 2015) researchers used scanning ultrasound to remove amyloid plaques in an Alzheimer's disease mouse model that overproduces them, leading to a restoration of memory function. They found cleared plaques in 75% of the mice treated, and human trials are slated to begin sometime 2017. Now before you get excited, the researchers didn't just use ultrasound, it was ultrasound coupled with injected microbubbles. Due to the fact that mice have difficult-to-access vasculature, the microbubbles were injected retro-orbitally (through the mouse's eye). The paper is actually extremely detailed, with information on the specifications of both the microbubbles and the ultrasound device. Microbubbles have been used previously on humans
I'm not saying that it's a good idea to try to manufacture these microbubbles or an ultrasound device to the specifications of the paper, or even to test this system on yourself for safety under the supervision of a medical professional, and to then use the system on someone you know suffering from the disease who consents to it. That actually sounds like a recipe for things to go terribly wrong. Besides, it'll only be 5+ years before this is available as a treatment after it gets through clinical trials. People with Alzheimer's have plenty of time.
Here is the link for a summary of the article on ScienceAlert: LINK
Here is the link to the article itself published in Science Translational Medicine: LINK
Here is the link to a paper on microbubbles for drug delivery: LINK
Tagged: