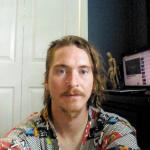 Diethyl
September 2015 edited September 2015 in Supplements, pharmaceuticals, and nootropics
I've currently been sourcing human Orexin-A from many sources . I've come to find that synthesizing such a complex neuropeptide is quite expensive , but I've finally found a lab willing to synthesis a smaller quantity than most labs are willing to , in hopes of further purchases of a larger quantity . It's relatively inexpensive and of a reasonable quality %98-99 purity . Priced at $340(USD) for 200Mg. Which may not sound like much but considering how potent the compound is (active at around 200µg or .00002mg , 1mg would equal about 5000 doses ) 200mg for $340 is quite a bargain . For those not in the know , Orexin-A is a neuropeptide found in the human and animal brain , current studies suggest that a deficit of Orexin-A may be responsible for narcolepsy . Supplementing with Orexin-A while in a sleep deprived state increases alertness , cognitive ability  , and arouseal among other things