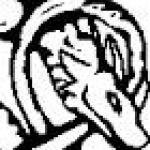 Loptr
November 2014 edited November 2014 in Magnets
So, I have been looking into the magnet implants and noticed many folks with them go all jedi when holding out their hands.  So, I wanted to ask: Is the sensation limited to the finger tip? Also, is the intensity related to magnet size?  The reason i ask is that i wonder if an array of tiny magnets (about 4x3x1 mm) with a hole for fibrous tissue to hold on to would be worthwhile.  Placements would be the tips of each finger, between each knuckle  (3 for each finger total, two for the thumb), one in the palm under each 1st knuckle, and 4 in an arch shape at thr base of the palm near the wrist.
I figured a small injector with a sort of scalpal tip could be made for easy implantation. Also figured smaller means less healing time as well.
Thoughts?
Edit: Excuse the messy sketch.  I'm at work XD
imgur.com/wdQNgF1
Tagged: