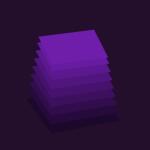 October 2014 edited February 2015 in Coatings, transdermals, other implants
Hello Everyone,
I have been working and researching on this project for some time now (and have already discussed some of my ideas in the Electronic Subdermal Implant Thread).
I decided it was time to present my project to the community and gather some more input. I think it would be awesome if this could become a community project, so please collaborate all you want to, I don't (terribly :P) mind changing anything in "my" design.
Note: this is supposed to be a long-term project and I know it won't happen any time soon, but I do believe this is entirely possible to build even today.
Why a watch?
Watches are technology we depend on a lot in todays life that are also rather small, don't draw a lot of current and are thoroughly researched. Additionally there is a new market for "smartwatches" currently forming that deals with the same problems us biohackers would/will encounter in building this (size, power supply, connectivity) and explores the same possibilities.
Also watches are something that many people wear on their wrist 24/7 (or at least permanently while awake) and are as such great candidates for implants.
What is planned so far?
"features":
Tagged: