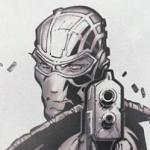 Fantomex
February 2011 edited February 2015 in Supplements, pharmaceuticals, and nootropics
I haven't seen a nootropic thread here which surprises me greatly.

What does everyone here use, if anything? I'm probably going to try Piracetam soon, I plan on ordering some this weekend or next week at the latest.