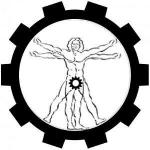 August 2011 edited February 2015 in RFID/NFC
Since there hasn't exactly been a hell of a lot of activity on this forum as of late, I thought I'd see if I can reinvigorate anything.  Much of the inactivity seems to be due to some projects stalling, so, in the meantime, how about something a little more straightforward?

We all probably know what a RFID chip is, and why someone would want to implant one.  This hack was the first procedure done by many grinders, and is rather straightforward.  With this in mind, it seems somewhat surprising that it hasn't gotten an awful lot of attention here.  One of the reasons is probably that it's not necessarily the most useful thing to implant, especially if security is what you're after.

Some examples of RFID implanting can be found in Lepht Anonym's blog, since RFID was its first hack, the Evolution by Proxy blog, which talks about @SixEcho and @Hughligen's procedure, and, of course, Amal Graafstra's book, RFID Toys.  However, the point of this thread is to stimulate discussion on the topic; most importantly, some novel uses for RFID and how to go about doing them.  Possibly, this discussion can give people ideas, either about RFID, or about a similar concept in other projects, and if it gives one person such an idea, I think the discussion will have been worth it.

I'll start with an idea to mildly increase the security of RFID:  you know those aluminium-lined sleeves that people keep their ID cards (with similar chips) in, to prevent it from broadcasting when they don't need it to?  I was thinking of making a small glove-like object, lined with the same material, which you could take off when you need to use the chip.  Of course, the question now becomes "who would even be willing to wear that thing all the time?"

Another idea, which was first mentioned on the Evolution by Proxy blog, was a group-buy for RFID readers.  There's quite a few suppliers to choose from, so if anyone's interested in that, we might want to set one of those up.