A Battery at last! 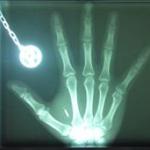 March 2017 edited March 2017 in Coatings, transdermals, other implants
Good news everyone!
Panasonic released a new battery for micro-applications (wristbands, sunglasses, pens etc).
Datasheet DL
here are the quick facts:
3.65mm diameter
20mm long
15mAh
discharge up to 15mA, charge up to 11mA
max allowed charge temp 45°C
weights about 0.6g
Given the specs I'd call for organizing a group buy as those things are industrial parts and probably not for sale to individuals. Anyone who has connections to source them please get involved. Alternative would be to source consumer electronics that ship with such battery and aren't overpriced.
Tagged: