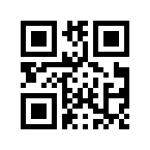 July 2017 edited August 2018 in Prosthetics, wearables, and haptics
Very interested in human-computer interaction and strongly believe that humans will eventually merge with computers in a way that we will take computers as our "other limb" which can get done anything. As we empowered our muscles with steam engines in industrial revolution, now we are in front of seamlessly outsourcing our brain work towards computers. Furthermore, it can enhance or add senses, which was also discussed on 2 Cyborgs and a Microphone podcast. I strongly recommend to check out the whole podcast series - very cool stuff.
Currently, I am trying to make first steps towards this human-computer fusion and building a prototype which allows for two way feedback between a human and a computer (human input: either voice, touch, movement; computer input: audio, vibration, other) at all times. Roughly it looks like a pair of headphones. I have built multiple applets for the device and now I am brainstorming on further ideas for the apps and would love to hear if you guys have some experience with automating your life through smart handbands or some similar device or you can imagine this being used in some scenario.

What I have built so far:
- a seamless note taker - when I listen to podcasts and go biking - press a button, device takes voice input, transcribes it to texts, appends it to Evernote notebook.
- Interval training coach
- QR trigger
- Control for Hue lights
- ... more in making
The possible uses for such a device were discussed in 2 Cyborgs and a Microphone as well, so I am interested in hearing your ideas. It can be combined with magnets, RFID in any way. Therefore, I am super interested in how you use your magnets, RFIDs for what tasks to get done. The software is quite simple and flexible as I want to release it to the community and allow people to build whatever they think it is cool. The project is open-source, I am finishing the second prototype and if anyone is interested, let me know and I will share more stuff.
Looking forward to your ideas/suggestions