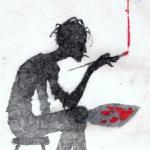 Tobek
August 2012 edited December 2012 in Magnets
Hey everyone - there was a fairly detailed discussion on cylrindrical/rod shaped magnets vs. disc magnets on the group-buy thread a few months ago, but no follow-ups so I was wondering how they went.
My friend and I are getting implants put in our ring fingers at a place in London, and we're trying to decide which magnets to use. They already have Parylene-coated N48 rods from VP Scientific - both the 782NC-2-6 (6.44mm long, 2.15mm diameter) and the 782NC-3-6 (6.45mm long, 3.19mm diameter) - the details are here. It seems like a lot of people have used the significantly smaller (and flat disc shaped) 782N-3 (0.7mm long, 3mm diameter) and others have used roughly cubic cylinders. If we wanted discs we would have to order them ourselves (any leftovers from group-buys anyone?)
Generally, what are people's thoughts on rod-shaped magnets? Here are the issues we're considering:
That's a ton of questions, but we'd really appreciate any thoughts about any of them.
Also! Is anyone around in London with a quality video camera or DSLR who wants to tag along to record the procedure? We'd like to document this very well, so we're looking for someone.
Tagged: