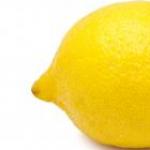 September 2016 edited September 2016 in Supplements, pharmaceuticals, and nootropics
Currently looking for something to replace some of the caffeine i intake.
Currently looking at green tea. Cant find solid articles though. Any substitutes would be appreciated as im getting headaches if I dont have any and I only have 1 or 2 cups per day
Tagged: