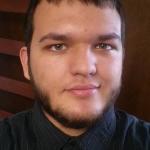 September 2016 edited September 2016 in Prosthetics, wearables, and haptics
Howdy,
I am thinking of making a device that detects non-audible sound [<20 Hz, >20000 Hz] and presents it in a way a human could experience. I was thinking of making a wearable, so that a microphone detects the sounds and a magnet or something vibrates against the skin. This way I could hear things most people couldn't, and with much better volume. Things like footsteps, machinery, and even animals would be more apparent this way. New music I write could feature sounds in additional ranges too, which I think would be really cool!
I would probably start with a single device at first, say mounted on the frame of my glasses, but in the future I could use several on different parts of my body to gain directional hearing.
I don't think I would be able to distinguish timbre this way, or any kind of real perception as to what the sound is/what wavelength it falls in, however. I am open to suggestions on this, as well as any information on similar projects you may have seen; I am still pretty new here.
Thanks!
Tagged: