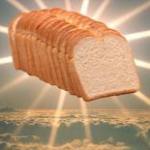 slicedbrad
August 2016 edited August 2016 in RFID/NFC
Greetings! I wanted to make a post to get some advice on an NFC implant in my hand.

My first concern is some contradicting information on the dangerousthings.com website. Under their FAQ a line reads, "At this time, none of our products in the 13.56MHz frequency range can be re-programmed with new IDs." This seems to go against the description of the xM1 chip, which reads, "The xM1 can be read and written to by many types of 13.56MHz RFID systems." Can I, or can I not, write to this tag? I am quite confused.

My second concern is finding the right implant for my idea. I use an ID regularly with an aptiQ 8520M1 NFC chip. I wanted to copy the UID from the chip and write it to the chip I am interested in putting in my hand. I believe the xM1 chip is the correct type of chip. I am new to NFC technologies and I cannot seem to find a straight answer on whether or not it is possible to clone my physical card.

Lastly, I wanted to give some more info on the physical card I am interested in working with. As mentioned, it is an aptiQ 8520M1 card. When I read it with my phone's NFC reader, It gives me a UID and lists IsoDep, NfcA, and NdefFormatable under "technologies" for the card.

Any help is appreciated! I am excited to find this new community! Thanks!