New to forum... Introductions... and questions 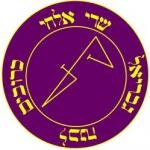 June 2015 edited June 2015 in Magnets
Hi,
I am an IT guy in the Atlanta area. I have wanted magnetic finger implants since I first heard about them. I recently reconnected with a college friend who, it turns out, is an anesthesiologist. He's willing to implant them for me.
So I ordered the magnets... part number VP782-3-150 at VP Scientific
I just got them today and... wow, they are small.
My friend intends to inject them into my fingers. He wants to tourniquet off the hand so it doesn't bleed, and then inject them. We want to do one in each finger.
His concern is that they are not gold plated. He thinks that the best way to make sure your body doesn't reject it is to gold plate it. He had this idea of going to Dahlonega, GA and getting gold, and coating them myself. I told him that people on this site were getting these parylene-coated ones, and making a silicone mold around them and then injecting them.
So here are my questions... Should I return these and get something gold-plated? He recommended something like this, http://www.first4magnets.com/magnetic-therapy-magnets-t157,but I'd have to find a US version (this company is in the UK). Should I just gold plate them myself?
Does anyone have any information about creating the mold around the parylene-coated ones?

I've looked at the Implant stories thread and there are lots of stories about them being rejected. I really don't want that to happen. So I would like to hear people's thoughts. Cost really isn't an object. I thought I would have to go to a hand surgeon and get general anesthesia, and I even called one, but he said he wouldn't implant them since they are not FDA approved (a nice way of telling me I'm crazy...)

I am asking for any sort of feedback from people who have done this before. This is such a niche-market. I just want it to work the first time and never have to worry about it ever again.