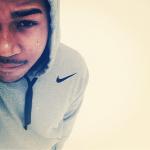 MTS
March 2016 edited March 2016 in Everything else
very interesting. I'd love for them to test this shit out on me. http://www.kurzweilai.net/boosting-synaptic-plasticity-to-accelerate-learning

I feel like a couple ppl here have experimented/conceptualized similar ideas.
Tagged: