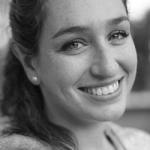 I've been reading a lot about nicotine, and its cognitive enhancing effects.
“To my knowledge, nicotine is the most reliable cognitive enhancer that we currently have, bizarrely,” said Jennifer Rusted, professor of experimental psychology at Sussex University in Britain when we spoke. “The cognitive-enhancing effects of nicotine in a normal population are more robust than you get with any other agent. With Provigil, for instance, the evidence for cognitive benefits is nowhere near as strong as it is for nicotine.” -http://www.scientificamerican.com/article/will-a-nicotine-patch-make-you-smarter-excerpt/
Obviously, I'm not going to take up cigarettes for this reason. But I was wondering if anyone has tried a product like this: https://www.bluebrainboost.com/p/nicotine-solution/
Or even nicorette / nicotine patch.
What are your thoughts?
Tagged: