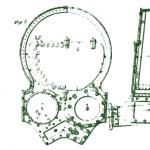 cerasi
December 2011 edited December 2011 in Magnets
Using magnets smaller than those 3mm diameter stir elements might be a good idea, for several reasons. A smaller magnet will fit more easily in the finger, require a smaller incision to insert, and be less likely to damage the finger if it gets crushed or hit. Because it produces a weaker magnetic field, it would be less likely to interfere with electronic devices - but because it has less mass than a larger magnet, it should move more in response to outside fields. Hopefully these two effects would balance out, making the smaller magnet about as sensitive as the larger one (I could try to do calculations to verify that, if people want).
Unfortunately, I haven't found any smaller, off-the-shelf magnets that are coated in parylene - we'd have to get a custom order, and that will be more expensive. I talked to a company about getting magnets with a 2mm diameter and .7mm thickness.
Here's some comparisons with the 3mm diameter, .7mm thickness stir elements: the smaller magnet's field is 52% as strong as the original's, but it only weighs 44% as much. It's got a better magnetic field strength to mass ratio than the original.
We could get 50 of these magnets for about $13 each. This is a significant amount of money, but if enough people are interested maybe we can work something out. So, who's interested in smaller magnets? What are your thoughts?
(We could also look into getting 1mm diameter magnets, which have an even better field strength to mass ratio. I have a spreadsheet comparing different magnet sizes, let me know if you want a copy.)
Tagged:
«123»