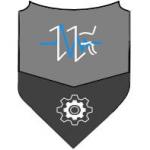 Luko
January 2016 edited January 2016 in Supplements, pharmaceuticals, and nootropics
Whats the best Hyper-Focus 'drug' that you can find that is reasonable priced? say for taking exams or staying super focused during exercise. Please include dosage, side-effects, and URL's
Tagged: