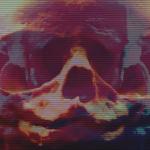 July 2015 edited July 2015 in Genetic and biology based mods
I've been a member and browser here for approx. 3 years, but this is my first post, so please bear with me. If I sound inexperienced, it's because I am. There's only one way to become less inexperienced and that's to have experiences (Duh.) I have no implants, no degree, and very little knowledge when it comes to biology, but I have ambition and a desire to learn. I'm an idea man. </clicheUserIntroduction> Anyway, on to the good stuff. I've been thinking (Dangerous- I know.) and I decided to do some preliminary research on the concept of Deja Vu and what the root of the feeling might be. I had hypothesized on my own prior to any research that it might originate when something everyday suddenly appears extremely familiar without doing so to the point of conscious recognition. For example, when you have a vivid or lucid dream of a location that exists outside of the dream. When you wake up your recollection of the dream becomes far less clear, and you go about your everyday life. Later that day you come run an errand to the location from the dream, and things begin to feel very familiar. Your brain doesn't consciously recognize the location because (I'm still doing research into this) the neural pathways that were available in the late stages of sleep have decayed since waking up. It's as if your mind knows that you are somewhere that should be familiar, but it doesn't know why. Now, this may sound very basic for many of you, and that may be because it is, but my gut instinct of how Deja Vu works turned out to be fairly accurate with one additional aspect being that Deja Vu is most commonly related to location. http://www.scientificamerican.com/article/deja-vu-found-originate-similar-scenes/ The researcher mentioned in the article actually, works about 45 minutes away from where I live, and I'm going to be contacting her to see if I can get access to some more research on the subject. Now for the theoretical (fun) stuff. I believe that if we're ever going to be able to get to the point of memory implantation or downloadable knowledge in the future, whether it be the near or distant future, we need to understand memory to a fuller extent. I believe that Induced Deja Vu could become a very plausible and promising base for such research. My main question is this: If we can somehow induce a biochemical state of Deja Vu and manually supply the necessary stimuli to revitalize the neural pathways to the origin memory, whether real or manufactured via the means of voluntary hypnosis, guided lucid dreaming or chemical stimululant, etc., manually transfer the knowledge or memory had by a third party? Can we Induce Deja Vu, and simultaneously stimulate the memory of a location, event, or even emotion via some manufactured visual stimulus? I could just be crazy and have watched Total Recall too many times, but I figured it might be worth asking. Thanks in advance grinder community!
Anne Cleary's staff page for Colorado State University: http://lamar.colostate.edu/~acleary/AnneCleary.htm
Sincerely,
Infinight
Tagged: