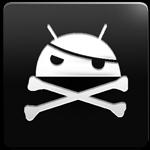 deke997
March 2015 edited March 2015 in Coatings, transdermals, other implants
I have always been excited by the prospect of transdermals (for ports and such). I have been doing a lot of research lately, and I have come across some articles that may help us out.

The research seems to have been done mainly by the Stanmore Group, and Gordon Blunn, a professor of Biomedical Engineering. They have been researching what is called Osseocutaneous Integration and Intraosseous Transcutaneous Amputation Prostheses, henceforth referred to as OI and ITAP respectively. The purpose of their research is to create a "socket" of sorts that is anchored in the bone of the patient, which protrudes through the skin and attaches to an external prosthesis.

Here is an image of an ITAP:

Here is some more information on Professor Blunn (link)

I think that we can re-purpose this technology for our own transdermal projects.

They have spent a lot of time studying deer antlers. What they found out is that directly below the surface, the bone becomes VERY porous, which allows for better cell integration, and therefore a seal. The researchers have tested this in animals AND humans already, by created a titanium implant with the same porous properties.

The other piece of the puzzle is a mineral called Hydroxyapatite (which also occurs in deer antlers), to further increase cell integration. The porous titanium portion of the implant is coated with this mineral.

Here is a quote taken from one of Blunn's papers. (link)

"ITAP has been used for humans with major limb loss. The first human case was of a woman who suffered multiple traumas in the London train bombing of 7th July 2005 [9]. This woman was a trans-humeral amputee and was unable and unwilling to wear a conventional exoprosthesis attached to the body using a socket and strap. She received an ITAP device that consisted of an intramedullary cementless stem partially coated with hydroxyapatite and press fitted into the diaphysis of the humerus. The rotational forces were resisted by six cutting flutes, orientated longitudinally along the distal half of the stem and which cut into the diaphyseal cortical bone. The porous flange was positioned outside the bone and below the dermis. The skin overlying the flange was attached to the implant. The muscles were sutured into a titanium mesh that was secured to the bone using cerclarge wire just proximal to the transaction site. In this way, a myodesis with the bone is achieved. After 2 years, the woman is able to go swimming and the soft tissue seal at the skin interface is entire and remains infection free"

Page 263 of a book called "Infected Total Joint Arthroplasty: The Algorithmic Approach", there is more information on OI implants and preventing infections. (link)

Here is a cat that has had an ITAP successfully implanted, developed by Professor Blunn: link

Here is another paper by Blunn, but it needs to be purchased. If you buy it, please share what you learn with us. (link)