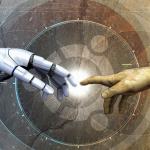 Zlekrat
March 2015 edited March 2015 in Genetic and biology based mods
So, has anyone ever thought about doing that?
I've seen one guy do it with no success (he had no medical knowledge so he just transplanted his ass skin inbetween 2 fingers without any blood flow or nerves conected to it, so the skin died after a while) - http://i.imgur.com/3oIFd3p.jpg - his image (posted on FB). Do you think it would be possible to do this without these results?
Tagged: