Implanted my magnet. It went great! 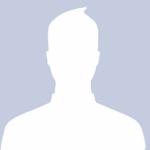 righty_tighty
March 2015 edited March 2015 in Procedures
Hey guys, I implanted my magnet a week ago and it went great. I’ll post an imgur album at the end of this post with pics of the healing process, and some pics that I found very useful during this whole process. Here’s a small list of everything I used for the procedure:

m31 magnet from dangerous things --- Pain management kit from dangerous things --- PDI SaniCloth Super Disinfectant Wipes from Amazon (used this to sterilize everything) --- Dynarex povidone iodine from Amazon --- Latex powder-free gloves from Amazon --- Plastic tweezers (already had them, they were in a first aid kit) --- A couple different types of gauze pads from walgreens --- Exacto knife with a blade identical to a scalpel 15A blade (I had ordered an actual scalpel but got impatient) --- A hair band as a tourniquet --- Band aids

About an hour before the procedure, I took the magnet and folded it up in a sani-cloth for disinfecting. Then I took a shower and scrubbed myself clean, thoroughly washed my hair, etc. Then I cleaned off my desk, used the sani-cloths to disinfect it, and proceeded to sterilize all of the tools and the gloves. After I had sterilized a tool, I wrapped in a sterile gauze pad until I needed it.

To begin, I performed a digital nerve block using the lidocaine from the pain management kit. After rubbing the area down with the povidone iodine, I put the needle into the web space on either side of my left ring finger (inserted it all the way down), aspirated, and injected 0.5ml of lidocaine on each side. Massaged it in a bit, waited a few minutes, and my whole finger was numb. I was surprised that it took so little and I thought I was going to have to inject more, but nope, didn't feel any pain throughout the entire thing.

Made an incision about 5mm long in the fingertip of my ring finger (on the side facing my middle finger), a little more than halfway down. I wanted to get it underneath the bone, but just a bit above the nerves. Then I inserted the tweezers and basically wiggled them around a bit, but honestly I’m not sure that this made much difference at all. The m31 is really small, it didn't need much of a pouch to sit in.

The incision was small enough that I didn’t need stitches (although I had ordered some, just in case), so I ended up wrapping it in a band-aid. Finger was still numb for about 3 hours, then for the next 48 hours it felt kind of sore (almost like I had shut my finger in a door, nothing too bad).

Healing process was a breeze. The area looked no different than if I had gotten a paper cut. Each day I cleaned it, and applied a new band-aid and ointment. After 5 days I stopped wearing a band-aid, now I treat it like a regular finger.

I was worried that I had done something wrong because the whole thing seemed a bit too easy and it’s healing super fast, but the magnet seems to be doing fine. I can feel the microwave when I turn it on, as well as my laptop's power adapter. I’m only testing it out a few times a day while it’s still healing, but each day it gets a bit more sensitive.

Overall, I’m very happy with how it went. Much easier than I was expecting.

Here is the imgur album - http://imgur.com/a/oMdVx

Thank you so much for all of the advice! Cassox’s blog posts were a huge help in particular.