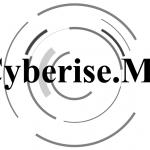 AlexSmith
March 2015 edited March 2015 in RFID/NFC
People often ask about the possibility of copying (cloning is the term used when talking about copying an RFID tag) their existing RFID cards to implanted chips. Up until now this has not been possible, myself and Amal among others have discouraged the idea as being impractical. The best people could do was to add the ID of their new implant to the control system, which is often not possible for work or school access systems.
I've been hinting for a while that I've got some cool new implants, one of these is an RFID chip which allows cloning of some existing access cards.
The new chip is a T5577, this type of chip is often used for cloning RFID cards, but until now it has not been available in an implant form factor.
Below is a picture of the new chip:

Most RFID implants are 2x12mm, this chip is much smaller at only 1.4x8mm. Less than half the volume of the older
chips, with a noticeably smaller needle (14 gauge) leading to less tissue trauma and therefore faster healing. The image below shows a standard 2x12mm chip and 12 gauge needle at the top, and the new chip and needle at the bottom: