Hello everybody & RFID-Implant method with scissors. 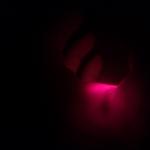 hardcoremildred
January 2015 edited February 2015 in Procedures
Hello,
It's quite some time I'm reading the forum.
Now, to finally become cyborged, I ordered some NFC glass tags.
Two are actually ntag216 and two are nerox122
The 122s have less storage but higher range, both are rw.
The Problem is - I wasn't able to get a syringe/applicator.
So I looked for a method to easily implant the tags.
I decided to do so with the help of a tiny scissor normally used for manicure.
Implanting the ntag216 worked out nice, healing was without any issues.
The method was repeated with my friend, this time the nerox122 was implanted - same here, no issues while healing.
We used some lidocaine for pain management and plenty of "Octenisept" for disinfection.
Here is an image of the tools used, as you can see the spiky part of the scissor matches well the size of the tag.
http://www.abload.de/image.php?img=opu1g.jpg
Tagged: