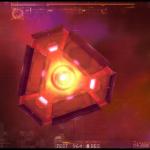 Voidflakes
October 2014 edited February 2015 in Procedures
I am sad to report that last night, one of my M31's was rejected (I know, I know... there's always one!). I implanted two of them last Sunday (6th Oct), and after 7 days my middle finger had had enough. The initial swelling went down after 3 days, but returned by day 5 in that finger and got progressively more red and swollen. After lancing and draining a good amount of pus last night, the magnet soon surfaced under the skin and had to be released. My ring finger looks absolutely fine however, and is completely unharmed.

The only things I can think of are that when I implanted the magnet, I might have placed it too deep and pocketed slightly into flesh rather than just beneath the skin. It may have been sat with it's edge against the skin instead of the flat side, and my finger simply did not like the positioning (this is just an assumption though). OR that something got into the wound during the healing process (as the swelling went down to normal then flared again). Could have been clothing fluff, a bit of dust on something I touched, or even too much right-clicking on my mouse might've upset it. Funny thing is, it's this one that initially healed up the fastest!

Without a microscope I can't tell for sure, but the coating on the rejected M31 looks undamaged, so the blame - or more appropriately, the poor luck - certainly looks to be on me. I will have to keep it aside and try again in a few weeks, once my finger has sorted itself out. I'm quite sad that it didn't want to be my friend, but at least I'm no longer asking myself "Will it? Won't it?".... Let's just hope the other one is happy staying where it is!