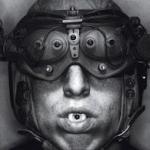 SovereignBleak
January 2011 edited February 2015 in Announcements
I'd like to start thinking about adopting a symbol for the site and even the movement. It should be public domain, unornamented, and easy to identify from a distance.
The grinder logo below has copyright attached and AvatarPress is either unwilling or unable to open-source it.

«123456»
This discussion has been closed.
Powered by Vanilla