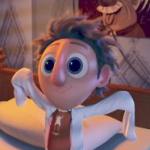 drew
February 2014 edited February 2015 in Genetic and biology based mods
My current understanding is that one of the the major reasons the magnets are implanted in fingertips is because we have more nerves there, which leads to more sensitivity than other locations can offer. Is this accurate?

If so, are there any ways to promote nerve growth in other spots, such as, say, the ankle? Perhaps electrical stimulation?