Possible use of saline injection in implant location prior to procedure? 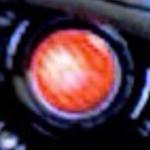 November 2013 edited February 2015 in Coatings, transdermals, other implants
Before placing anything under the skin a little pocket for the object must be created. A while ago I came across the Bagel-Head  (wikipedia) body-modification procedure.

In this procedure - 300-400 cc medical-grade saline is injected under the skin right above the eyebrows over a period of 2 hours creating a large bubble under the skin.

What I would like to know is where the saline goes before it's absorbed.
Does it go into the interstitial-space possibly creating a usable pocket suitable as an implantation space with a-lot less trauma that using a scalpel or other implement to create? Can this successfully be used on an area of the body other than the forehead?

I presume that it would most likely go into an area between the fatty tissue and the muscle layer below instead of in between the skin and fatty tissue. If so - would any implants be better suited in such a location. I have very little knowledge of the 'Bagel-head' procedure, so I wonder if anyone would like to chime in with their opinion in using such a technique for implants.