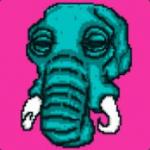 phimath
August 2013 edited February 2015 in Magnets
i installed my first magnet the other day.  it is in the side of the tip of my ring finger.  i was wondering how movable they are after they heal.  for example, can i massage it closer to the surface? can i massage it into a different orientation?  is this a bad idea in anyway?
Tagged: