Hello Everyone! I have concerns! 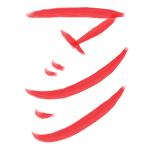 Hello! How do you all do? Please forgive me, my keyboard is fritzy and it's difficult to type some letters.

My name is Faustus. I am new to grinding. I was surprised to encounter the community of grinders here today, and was very excited to see how large it is.


My worried concerns for Grinders:

Let me express my concerns to grinders. This must be acknowledged to make the future for grinders less stressful.

Implanted integrated circuits (IC's) can become affected by what is called noise. In the field of physics, noise is the result of additional energy added into a system- energy the system has not accounted itself to deal with. In quantum computers, this noise can take the form of all types of energy. In Electrical Engineering and Computer Science, it usually takes the form of heat.

However! This is not the only form of noise.

Reading DARPA's HEMP, NEMP, and EMP papers on the topic of IC damage in embedded systems due to EMP damage, I was able to conclude that this is indeed a problem!

IC's are vulnerable to heat and radiation damage. They are very sensitive! They are not created to deal with strong alternating currents generated by NEMP/EMP.

I began to think of ways to fix this. There are ways already being used by NASA- Bipolar PROM, a form of radiation non-susceptible IC that features fuses that switch on and off but can only be programmed once and usually only can store a small 500 bytes of ROM, this could counter it, but machine ROM memory would be limited- on top of that, PROM is no longer manufactured and is very expensive to find online, and is not as compact as many IC's from this decade.

The DARPA paper features Shielding, also known to DARPA's research teams as Hardening. This method emplys a conductive jacket around the circuitry, in the last decade it featured gold and copper jackets to defend the IC's from radiation damage.

This is nice, but it requires many layers of conductive material to shield the item from the dangerous current,, although the voltage that is generated in the IC decreases logarithmically according to n-number of cubic (u)m shielded, this is not feasible to a biohacker. You would have to insert metal sheets similar in thickness, texture, and consistency to aluminum foil.

I'm sure there is a grinder who would love to do that, but it would make for awkward clearance checks as well as awkward explanations to the medical technicians who specialize in medical imaging and potentially cause damage during an Xray procedure or MRI.

So this brings up the topic of graphene. Graphene is an amazing conductor at the scale of only a single atom thick. It gets its identity from its structure, which determines its conductivity. In a slightly disorganized bulk mess- graphene may be graphite, similar to any other manifestation of carbon, and develops a high resistance, which makes it have the ability to actually resist current and become the opposite of what it does at graphene organization. It's a material form of carbon that- if used ablatively, could offer shielding, as well as defense against radiation, but in it's structure of graphite, would actually work alongside MRI's to offer protection to sensitive IC's and components, as well as protecting the device from jeopardizing the digital imaging.

Ablatively, it would be able to act as a shield from HEMP NEMP/EMP as well as offer resistance alongside MRI imaging. If graphene would be properly utilized, it could be the biohacker community's answer to noise generation in IC's. Graphene is not expensive to obtain.