Looking for people to interview for Transhumanity.net 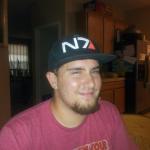 BrandonKing
February 2013 edited February 2015 in Community
Like the title says. Hank Pellisier recently convinced me to become a writer for Transhumanit.net. I'm almost finished with my first article about Bitcoins. My next article is going to be about how the DIYTranshumanist community feels about the Mainstream Transhumanist community. Personally, I feel they are both very important for the optimal Posthuman future to arrive, moving from Human v1.0 to Human v2.0 will be very exciting! Mainstream makes the tech for the rich, DIY reverse engineers the tech for the poor, win-win in the end. But I have heard many differing views, a lot negative, from both sides about the other. So I would like to get a small list of people to interview, Grindhouse Wetware can give their official stance on the issue if they want, that would be greatly appreciated, but anyone with an opinion on the issue is welcome. Optimally I would like to hear from as many people as possible. We can do public interviews on the forum or private via email or IM. I know not everyone here is a Transhumanist, but I'm sure it's safe to assume a large portion is, or at least aligned with its goals.
Tagged: