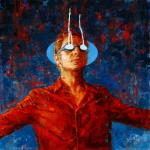 November 2012 edited February 2015 in Everything else
I found this the other day, might be a good resource for people who are interested in getting an implant but want to do a
trial run first. I havent tried them out yet so I cant say how effective it is...
http://www.etsy.com/listing/113925173/nyodyme-magnet-for-a-new-sixth-sense
Tagged: