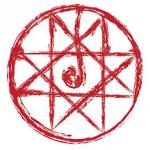 October 2021 in Prosthetics, wearables, and haptics

just recently found on YouTube I really like how it moves and looks. But before anyone goes for the butcher knife I would like to point out the developer never shows the pump and the computer responsible for the movements. I find this worrying. But at the same time I will follow they're progress to see how it goes.

Any one can guess by the sounds what pump they are using ? Or didn't I notice a detail ?

No news on pre-orders yet