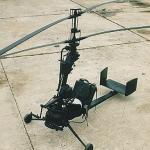 MatthiasK
August 2012 edited August 2012 in Genetic and biology based mods
Hello everyone,

I discovered recently the grinder movement through a French book on Body-Hacking and the Verge article. It lead me to learn a lot about the practical aspects of body modification, as well as the existence of the iGEM contest thanks to Lukas. On the 2011 edition website, I saw a team from the Taipei NYMUniversity who wanted to deal with the invasiveness associated with opto-genetics by using magneto-fluorescence.

As show below, opto-genetics allows to control the firing of neurons with light via opsins but you need to insert an optic fibre into the brain.

The core of the Taipei team's work is a magneto-fluorophore (MF) that converts varying magnetic fields into light to activate the nearby neurons' opsins. Its structure show below is constituted of a magnetic particle (brown) linked to two transmembrane proteins (H1-H2) supporting complementary fluorescent emitters. When the cell is subjected to a magnetic field, it tugs on the magnetic particle that gets the emitters together and induces light emission. I think that this artificial compound could be the basis for a magneto-fluorescent tattoo, with at least three variants : I recognize that the tech level needed is still a little high, but this technique seems to have potential and all the experimental protocol is detailed on the team's website.