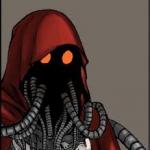 In relation to a question posed in the slack, true bioluminescence is caused by reactions within the cell. Most animals that appear to be luminescent actually use colonies of luminescent bacteria to create their glow. This is a basic summary of bacterial bioluminescence, and while you're welcome to read it in depth, the major takeaways are that the light emitting mechanism is an oxidation reaction, and that the majority of the bacteria that are not obligate symbionts are parasitic. The gene sequences that the bacteria use to emit light are commonly referred to as the lux genes. There hasn't been much publicized research into how well the genes express themselves in eukaryotic cells, except for this study on modifying baker's yeast. There have been studies done on inserting firefly luciferase into mammalian cells, nothing has been done with the intent of seeing the effect on a living organism.

Fluorescence on the other hand has been much more deeply investigated, due to the ease of use of the jellyfish GFP gene. This is the "glowing" gene that has been successfully put in cats, rabbits, and that you can buy at-home kits to play with from various vendors, including The ODIN. I'm sure everyone's at least passingly familiar with it, and how blue light causes it to appear to glow green.

As to uses and purpose, obviously we're mainly looking at cosmetic modification, so you'd want it in your skin somehow. There have been successful in vivo gene editing procedures. Those could be used to modify the skin, but then you run the risk of hitting the wrong area, or having leakage to cells you didn't want modified. Not a big deal, unless you're wanting some sort of design. For that, I would expect grafts of modified skin to be more effective, as you could grow the skin from however many modified cells and trim it into whatever design you wished.

Growing the skin separately to test any modifications first is of course ideal, all that's needed is a standard crispr kit and a bioreactor.