Anyone else try Orexin-A? 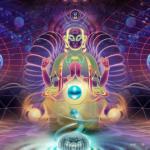 So I ordered some Orexin-A from Ceretropic and decided to try it out last night, see if I could pull an all-nighter without falling asleep.

I pretty much did this by the book. The Orexin-A came in as a powder which I gently reconstituted in a spray bottle with bacteriostatic water so I could administer doses nasally. I reconstituted so that one spray would equal 50mcg of Orexin-A. The bottle was stored cold in a mini-fridge that is set up to where it doesn't get agitated when opening. All of this is because I have read Orexin-A is super sensitive to rough handling.

Yesterday I woke up at around 8am, put in an 8 hour shift at work, then came home. Upon return, I administered 100mcg to myself.

Long story short, it didn't keep me awake at all. Around 3am this morning I was fighting to keep my eyes open and no amount of Orexin-A was doing ANYTHING to stop it. And honestly, the supposed cognitive enhancement while sleep deprived wasn't anything special either. Washing modafinil down with coffee would have been much more effective.

Am I missing something? I fail to see how this could even put a scratch in narcolepsy when it couldn't even keep me awake longer than I can stay awake on even just green tea alone. Anyone else have any input here?