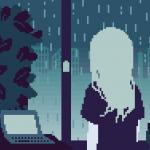 sourbloom
August 2017 edited August 2017 in Prosthetics, wearables, and haptics
So I've been playing with radio equipment recently and found some interesting properties that could potentially apply to biohacking.

I've been driving with a simple citizen band radio setup, a portable battery operated radio with a cheap whip style antenna attached magnetically to the roof of my car. It's been fun hearing all the weird chatter between truckers and other folks, what's really been peeking my interest is the kind of interference you can pick up.

* The ambient radio noise level is greater in my (smallish) city than on open highway
* Power lines nearby will create noise
* Big trucks and some cars passing will have a distinct noise to them, sometimes my car as well
* I can hear lightning strikes from storms both near by and our of visual range. Driving away from the storms I'll hear the strikes fade over time.
* Driving by some bridge construction on a highway, I could hear some kind of welding tool a worker was using from a good 200 feet away.

Now driving around listening to pure radio static for more than 20 minutes personally gives me a headache, but has anyone thought of ways to translate radio waves into a more natural, ambient sense?

* Different frequencies may let you hear different things. Obviously you don't have to stick to CB bands.
* How large of an antenna do you need to pick up useful signals? Could you sew something light into a jacket? Could you have a bracelet or a lined glove to listen to feel nearby objects? (fyi I know literally nothing about antennas!)
* A backpack lined with antenna wire + a portable transmitter might not be the most comfortable but might be a simple starting point
* Small battery powered CB radios exist, and I'm sure you could make something smaller that can only receive.
* It might help to run the signal through some kind of mathematical function to boost useful parts, like scaling it logarithmically to better hear changes of ambient noise
* Piping the signal as audio to an ear piece works but there's no way a normal person could listen to radio static all day. Maybe some kind of filter could help to cope with that?
* Have some algorithmic assistance pick out specific interesting patterns and signal it to you instead of the raw signal (although you might miss out on interesting things!)
* Ideally you would want to avoid needing to adjust anything to use it, you don't need to turn any knobs to get your ears to hear different frequencies.
* Pipe the signal to a coil for a magnet implant but, speaking as someone who has had one for a year, I find weak fields fairly difficult to feel so I don't know if that would work well (maybe I just need to train better?)

I'm sure sensing radio frequencies has been talked about before here, but has there been any significant investigation into it? Anyone else have thoughts on this?