Genetically engineered animals and the FDA 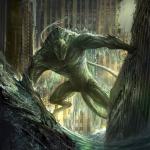 ThinkerTinkerTrump
February 2017 edited February 2017 in Genetic and biology based mods
Today, the MIT technology review put out an article about a dog breeder who wanted to fix a genetic disorder in dalmatians, but has been hampered by the FDA. The breeder, David Ishee, wanted to fix a common inherited disorder that prevented dalmatians from clearing out uric acid using CRISPR. However, a new proposed regulation would treat the edited portions of its genome as a veterinary drug, requiring federal approval before the dalmatians (or any transgenic animal, for that matter) could enter the market. While Ishee could still keep the dogs on his property, he couldn't distribute them to other breeders.
Personally, I think this has significant implications for the more biological grinders out there. It prevents open distribution of any transgenic animals, while also chilling interest in the diyBio scene. Ishee even mentions that when he called the FDA they "seemed pretty nervous, like I [Ishee] was out to get them." I think this represents a blow to the biohacking movement, but one that might be negotiable. What do you guys think?
Tagged: