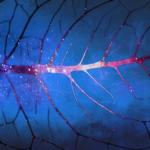 SourcePhoenix
January 2017 edited January 2017 in Community
I'm paying some money to have brain stormed characters manifested in promo graphics.
The characters are all S.T.E.M. kids that are enhanced by their different fields of study.
I wanted to start playing with ideas form some of the members here.
Tagged: