Fiber to push through meals 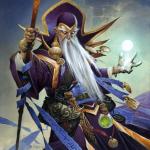 December 2016 edited December 2016 in Supplements, pharmaceuticals, and nootropics
This is an odd idea and maybe even a very silly one.  I have the thought, after the recent holiday, that one may be able to consume large amounts of foods and then large amounts of fiber and have the food pushed through their system before they absorb any calories from it.  Now even if this alone doesn't work, what about using laxatives to push the food out even faster?
Another train of thought I'd like to entertain would be creating a bacteria that could live in our stomach and gut that would help break down our foods and digest them, but would itself consume the food and use up a significant amount of calories.  Obviously a way to remove the bacteria would need to be devised and it would also need to not hurt us (yes for weight loss just not eating is a LOT easier than making some bacteria and having it live inside you, but again I said these are some silly ideas).
Tagged: