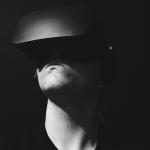 Rutherford
September 2016 edited September 2016 in Magnets
Hi all, it's a delight to finally be part of this community. Long-time lurker, recent member.
I first discovered the idea of magnetic implants about a year ago, and for the past nine months (off and on, longest continuous period was 3 months) I've had a small neodymium magnet glazed to the top of my fingernail. It's far from perfect – the sensitivity is barely there, and it migrates as the nail grows and needs to be reattached further up – but it's been enough to convince me that I absolutely need to get an implant. I don't want to rush into anything however, this being surgery, so I had a couple of questions before I go ahead.
I'm in Cornwall, UK, and I can't find anyone nearby who can perform the procedure. I might not be looking in the right places, but if anyone knows of (and can vouch for) somewhere near me I'd love to know. If not, I'm prepared to commute within the UK if anyone could recommend someone.
I'm also not ruling out performing the procedure myself, however I'd save this for a last resort, partly from an m31 sourcing perspective, but partly just because I'm not confident in my ability to perform surgery safely. I have only very basic medical knowledge and no training, nor access to a sterile environment.
Also, how delicate are the magnets once implanted? Regarding things like rock climbing, I recognise there are potential concerns, but in day-to-day life how often do you have to stop yourself from doing something which could damage the implant?
Sidenote: the thing that convinced me I needed an implant was a trip to Sweden at the beginning of this year. I'd had the magnet on my nail for about three months, the only effect being that I could roughly locate magnets from ~1cm away, on the side of iPads and such – I was pretty much convinced that the fingernail would block any field sensing. Until it transpired that whenever the aurora borealis was visible (and for about five minutes beforehand) I could feel it as a slightly warm sensation in my fingertip. Decent early warning system, I got some great photos as a result of knowing when the lights were going the be out before anyone else did. If anyone else has had a similar experience I'd be interested to hear it.
Tagged: