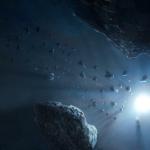 Aeris
August 2016 edited August 2016 in RFID/NFC
(Hopefully) nothing new here, but I'll document it anyways, there is a possibility the tag will reject.
I got an xNT kit from Dangerous Things and implanted it last weekend.
Prep was rather easy, my friend and I cleaned the table well and layed out the sterile mat.
I applied ice to my hand for a few minutes to numb the area.
Everything was sterilized with betadine (providone-iodine) to remove any chance of infection.
At first, I had my friend both tent the skin and insert the needle, but my fear of needles took over and I couldn't do it.
We waited a few minutes and started again, this time with me doing the injection while he tented the skin. This went MUCH better as I was in control of the rate of insertion and pain. Strangely, it felt like it was really hard (lots of resistance) to push the needle in, but I suspect this is purely psychological as my skin isn't magically different.
I inserted the needle up to the marked point and then slowly injected the tag while pulling the needle out.
As the needle was coming out, we noticed a white thing inside (the plunger), thinking it was the tag, I everything back in a few mm and redid the insertion.
This time everything was seemingly fine and I applied gauze and a band-aid.
Here's a non-edited, shitty quality, french-filled video of the procedure:
https://youtu.be/29CZfsN0mfA
Now (around 40 hours later):

I'm getting easy reads using my LG G4, tag appears to be working perfectly.
Entry wound is nicely closed and a (very) small scab has formed, everything ok here, no pain even if I poke it lightly.
The possible problem is at the other end of the tag: turns out that I didn't insert it parallel to the muscle. The tag is noticeably closer to the skin near the end of the pocket than at the start. It rests at around 10-15 degrees.
The area is slightly uncomfortable at rest and a bit painful if I touch it. It's also slightly whiter that the surrounding area.
I'm worried that I didn't go deep enough and that it will pop out from the back.
I'll keep documenting the process in the next few days/weeks and see what will happen.
Tagged: