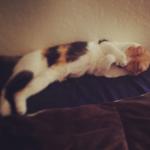 August 2016 edited August 2016 in Genetic and biology based mods
I've been seeing alot of posts lately about genetic modification and it has me excited and slightly concerned,
obviously no one is going to be modifying their genes in their garage today or anytime in the near future (and if you are, please message me because i want in on that action). So as a community I would like us to stay a bit ahead of the game and open up a discussion now on what we think is and isn't ok and maybe consider forming some sort of community guidelines; obviously we won't be able to enforce anything, but recommending and discouraging possibly dangerous modifications should be considered.
For instance, I suggest we don't edit any genes that can be passed down to future generations, so that means nothing in the testicles/ovaries and nothing with eggs/sperm.
The complications of this are unknown and risking the lives of our children and future generations isn't worth the risk especially if enough people screw up their genes, they could ultimately alter the evolution of humanity.
Another issue, making sure we don't accidentally create anything lethal that could cause some sort of disease or something.
With that being said, I would say any other genetic modifications are ok. Everyone here is ok with stepping into the unknown and risking danger and harming their bodies for the sake science and be so go at your own risk.
so lets open this up and add in what else we should try to discourage or what we should encourage /  what direction we should go in.
Tagged: