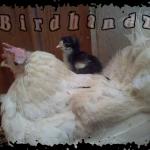 August 2016 edited August 2016 in Community
I have just got a TDCS device from Ebay while I wait for the parts to arrive to build my own better one.  The one I got came with some kind of silver cloth electrodes and not sponges.  I haven't found my meter yet to make sure it really is only 2 mA like the seller claims but I have no reason to think that part is wrong.

It didn't come with any kind of instructions.  I tried the electrodes dry since they were listed as wet/dry electrodes.  Dry there was no feeling at all.  Then I mixed up 1/4 teaspoon of salt in a cup of water and used that to wet the electrodes.  That made a difference and I got the flash of light and the prickly sensation.  It soon became "painful" and I was afraid to keep it running.

I then tried it with plain water and that was a bad idea.  Not only did the shocks sting, it even made my arm twitch when turning it on or off.  The kit also came with smaller electrodes which I haven't tried and an ear clip.  I did try the ear clip for a couple seconds and it was very painful.

So, did I somehow get a bad device or am I doing something wrong?  I intend to build my own that is adjustable and hoped to use the electrodes from the bought one but I'm not sure the electrodes are not the problem.