Could you train yourself to perceive 4 spatial dimensions? 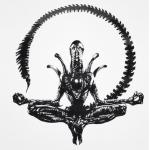 Invert
August 2016 edited August 2016 in Everything else
EDIT - MORE ACCURATE TITLE: Could you develop a sense of 4D spatial awareness through tactile exploration of a 4D virtual world?
I've just heard about the Bach-y-Rita experiment with the stimulators in the chair and about BrainPort. My understanding of how it works may be simplistic, please correct me if I'm wrong and tell me if anyone has thought or done anything like this.
It seems like people using these devices can gain a real sense of 3d space with the extra information, so they actually experience the objects in front of them like sighted do with vision. If you created a 3d virtual world and sent the first person view through these devices, they wouldn't be able to tell the difference (except for the fact that they can't interact with it). They would build a mental model and develop a sense of space from the virtual reality.
My idea is to create a basic maze game with movement in 4 dimensions and feed the proper sensory data to the brain. If the brain could create a 3d mental map from playing a 3d maze game, then maybe it could create a 4d mental map from a 4d experience. Or maybe 3d spatial processing is hardwired into the structure of the brain and processing 4d data is impossible.
Some questions:
What type of device would be able to transmit the data, and how much data could it send? The BrainPort looks like it has a 20x20 grid, and the cells in the grid can send a variable strength signal. That's at least 400 bits of data. The most minimalist maze could be done I think with 32 bits of sensory data total.
How could I get one of these devices? Could I build my own?
Does the physical location of the electrodes relative to each other matter? For instance, if you jumbled all of the pixels on the BrainPort, would the brain learn which pixels were next to each other and form a coherent image? Because with 4 dimensional data, I'm not sure you could put all spatially related impulses next to each other on a 2d surface.
Thanks for any info or any other input. I realize I may be totally wrong and this may all be pointless.
Tagged: